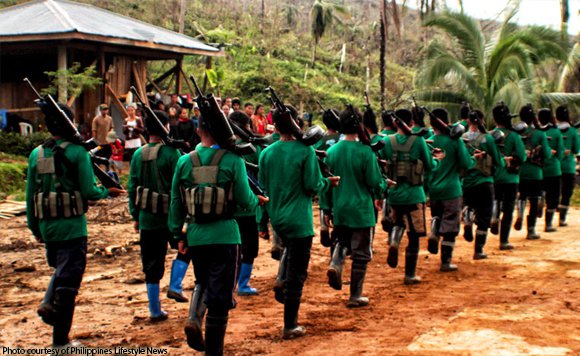 Military officials here revealed on Wednesday that they have foiled a plan by the terrorist New Peoples’ Army to sabotage the ASEAN Summit and Related Meetings.

Brigadier General Arnulfo Marcelo B. Burgos Jr, commander of the Army’s 202nd Infantry Brigade which supervises the operations. said an enemy encampment was discovered on Nov. 19 by troops from the 730th Combat Group of the Philippine Air Force (PAF) under Major Engelberto Nioda.

“The encampment is believed to have been occupied by NPA terrorists belonging to KLG Honda, the same NPA group which incurred heavy casualties during our focused military operations in Batangas City last September,” Burgos said.

The military reported no casualty on the part of the government while the NPA is believed to have suffered undetermined number of casualties during their encounters.

Maj. Gen. Rhoderick M. Parayno, acting commander of the AFP’s Southern Luzon Command, disclosed that the NPAs which the government forces engaged have been on the run since September.

“Because of the PNP and soldiers’ sacrifices, commitment and dedication to their mission, the insurgents’ plans were disrupted and the terrorists were never given an elbow room to execute those plans,” he said.

Parayno added that pursuit operations have been launched against the NPAs.

“We have tapped and placed all military available assets, including aircraft, on red alert. The NPAs will face the full might of the government,” he warned.

He also vowed the military forces would protect the Filipino people from fear and atrocities which the NPA terrorists plan to sow while ensuring the safety of citizens in the area.

The 2ID reported that intensified clearing operations were part of the security preparations for the high profile meetings among ASEAN and Dialogue Partners leaders held in Manila and neighboring provinces last week.

It also confirmed that government forces had been placed on high alert prior to ASEAN 2017 after recovering documents, including sketches, detailing terrorist plans to conduct tactical offensives in the region with the primary purpose of humiliating the Philippine government before the international community. (Pau Mojar/PNA)