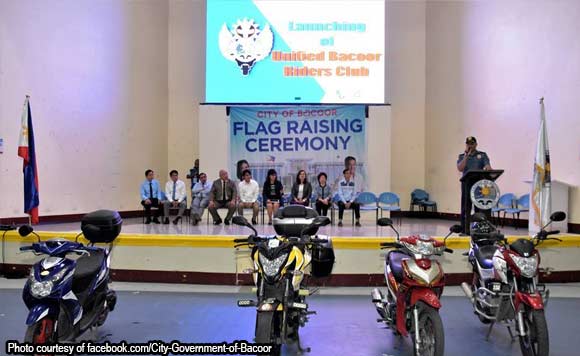 The Philippine National Police-Bacoor has launched a motorcycle group that aims to unify the riders.

PNP Bacoor has formally launched the Bacoor Unified Motorcycle Group during the Flag Raising Ceremony at the Bacoor Government Center on October 23, 2017.

“Apart from formalizing the compilation of relevant data among riders organizations, the group also hopes to be a unifying force among motorcycle riders,” the City government said.

Bacoor City Mayor Lani Mercado Revilla led the distribution of identification cards among the group members. She also posted stickers on their motorcycles.

Membership forms for the said group are available at the Bacoor PNP Station.