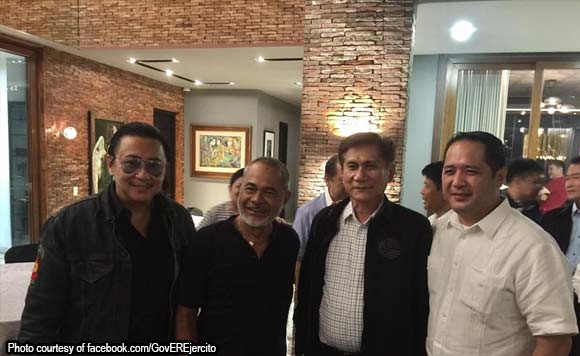 He may not be in public office at the moment, but former Laguna Gov. ER Ejercito still moves in powerful political circles.

Ejercito joined what he described as a “PDU30 core” thanksgiving dinner for Environment Secretary Roy Cimatu at the posh Forbes Park in Makati, hosted by Oscar and AJ Violago. Another event was held in Quezon City, hosted by Bong Suntay.

Ejercito shared pictures of the events on Facebook, and in many of them, he and his friends were doing the signature clenched fist Duterte pose.