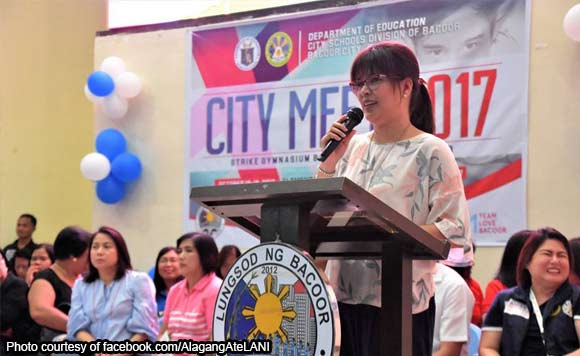 It’s that time of the year when young athletes from Bacoor City meet for a sports fest.

The Bacoor City Meet 2017 has officially opened today, Oct. 18, spearheaded by Mayor Lani Mercado-Revilla, where young athletes from all over the city converged at the Strike Gymnasium for the inter-school competition.

The sports meet was alsi spearheaded by the Department of Education, the City Schools Division of Bacoor, and the City Government of Bacoor.

The tournament gives student athletes the opportunity to compete in a friendly environment.

Mercado told participants to practice teamwork and sportsmanship during the games.