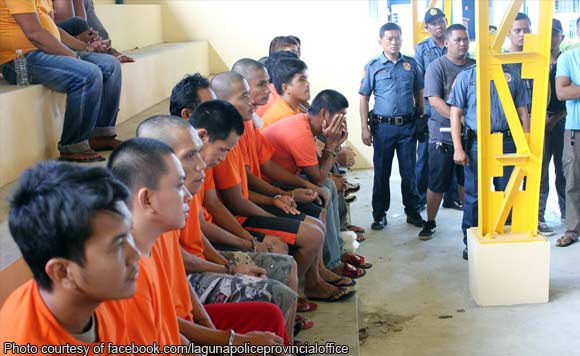 The Laguna Police has re-launched its anti-criminality drive dubbed Project Janitor Fish to weed out criminals, especially those wanted by the authorities, who may be lurking in the province.

“With the new directive of President Rodrigo Roa Duterte to halt the PNP’s (Philippine National Police’s) anti-illegal drug operations, we will be focusing on the arrest of riding-in-tandems. We will be intensifying our PNP checkpoints and the arrest of wanted persons,” Laguna Police director, Senior Supt. Cecilio R. Ison, told the Philippine News Agency (PNA) on Tuesday.

The project was named after the “janitor fish” or “plecostomus” which is known for its “janitorial trait” of cleaning aquariums.

The project also follows through the Letter of Instruction (LOI) “Manhunt Charlie”, which involves the simultaneous serving of warrants of arrest in cooperation with the Regional Intelligence Unit (RIU), the city police, municipal police, and other operating units of the provincial police.

“The project initiative aims to thwart or neutralize all most wanted persons (MWP) and other wanted persons within the province and even those wanted criminals who elude arrest and hide in other provinces,” Cabatingan said.

He said the launch of Project Janitor Fish on Sept. 10 led to the arrest of 53 most wanted persons.
With the re-launch, some 40 MWPs were arrested during the simultaneous serving of warrants of arrest from Oct. 13 to16 — 38 were wanted persons from different cities and municipalities of Laguna, and two were from Lucena City and Tanauan City, Cabatingan said. (PNA)