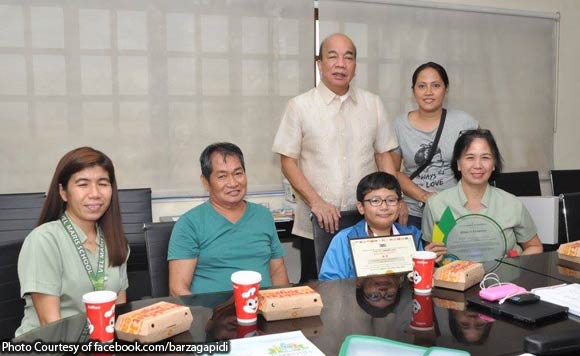 The City Government of Dasmariñas has recognized a young math wiz who won in an internationa mathematics competition.

The said contest was held in Singapore in August.

“A Dasmarineño young boy received a plaque of recognition, medal, and cash prize of Php 5,000.00 from Mayor Pidi Barzaga at the city quadrangle after the flag raising ceremony last October 9, 2017,” the City government said

Legaspi is a student of Vel Maris School.