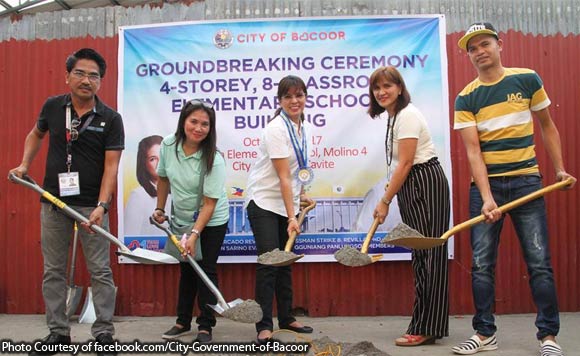 The inauguration was spearheaded by Mayor Lani Mercado together with some other city officials.

“The City of Bacoor is committed to building more and more educational facilities for the youth,” the local government said.

“Its most recent initiative is the blessing and inauguration of two four-storey school buildings in Camella, Salinas 2,” it added.

Other officials present during the inauguration and blessing were Barangay Captain Nicanor Espiritu, and members of the Sangguniang Panglungsod.