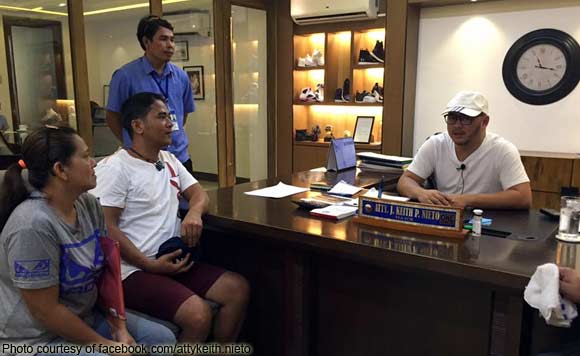 There is a new dawn for drug users in Cainta.

Mayor Kit Nieto is giving one of them a second chance at life.

Not only is Nieto bringing the man to the government’s massive drug rehabiliation facility in Nueva Ecija, he has also promised him a job to help him start anew when he leaves the program in six month.

In the meantime, the Cainta government would be helping his family.

“The guy will take his chance when we bring him to Mega Rehab Center, Fort Magsaysay Nueva Ecija tomorrow.. He is another soul who opted to undergo drug rehab treatment in the faciility which our national government provided for free,” Nieto narrated in his Facebook page.

“In 6 months, he will return and the lgu will take him in as its newest employee.. In the meantime, a team will oversee the welfare of the family left behind to ensure that they will be well provided while the subject goes through the cleansing process.. good morning Cainta!” he said.

Kudos to officials who believe in second chances!