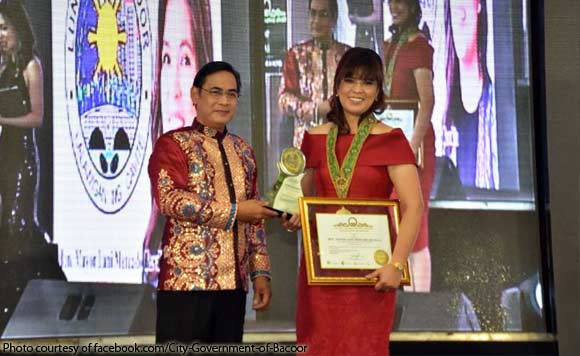 Mercado-Revilla, who was recognized for her excellence in the field of public service during the 2017 Golden Globe Annual Awards for Filipino Achievers, said the award will inspire to continue improving her service to as a public official.

“I dedicate this award to God, all Bacoorenos, and my family especially Senator Bong Revilla who just celebrated his birthday,” she said during the awarding ceremony last September 23 at the Manila Hotel Centennial Grand Ballroom.