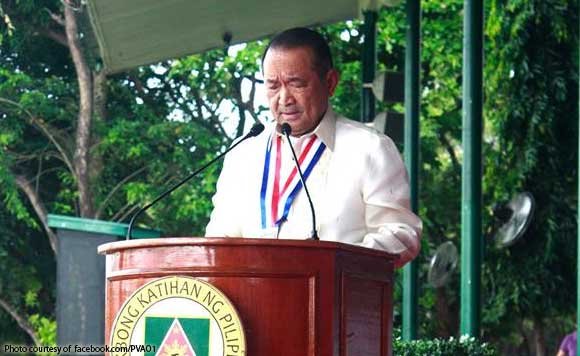 Former Defense Secretary Eduardo Ermita, a retired Armed Forces of the Philippines general, will launch his book on his memoirs in the military service and his other stints in government as congressman and peace advocate this weekend.

The book launching will be held at the AFP Museum Theater in Camp Aguinaldo at 4 p.m. on Saturday.

The book covers Ermita’s youthful years in Balayan and Nasugbu in Batangas, his experience during World War II as a young boy; his four-year cadetship at the Philippine Military Academy (Class 1957); his combat experience in fighting rebels in Mindanao; his memorable stint in Vietnam during the war as a member of the Philippine Civic Action Group-1 (PHILCAG-1); his role in the historic EDSA People Power revolution in February 1986; his time as congressman representing the province of Batangas; his role in the peace process, as executive secretary and as a devoted family man.