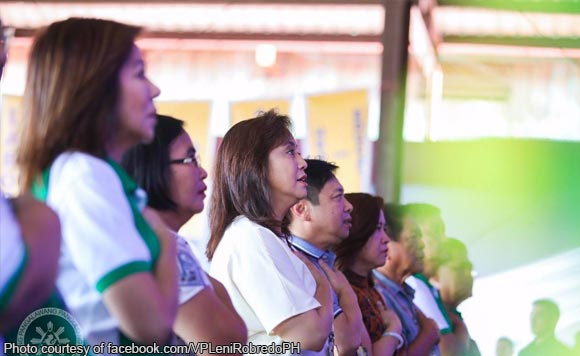 Vice President Leni Robredo has lauded the planned launching of a People’s Council in Atimonan, Quezon as it empowers citizens in participation in the government.

Robredo recently attended the first general assembly of civic society organizations in Atimonan, which is a one step towards the realization of the People’s Council in the town.

“I laud such move, as it is in line with our advocacy for empowerment of the different sectors and their participation in governance. We have long believed that giving the people a stake in governance makes development more attainable,” said Robredo.

It added that such move helps keep the government in check and the public responsible for their towns and cities.

The Vice President thanked the town’s mayor Ticoy Mendoza for pushing for the program.

She also thabk Rep. Helen Tan l, Robredo’s former colleague in the House of Representatives for attending the event.