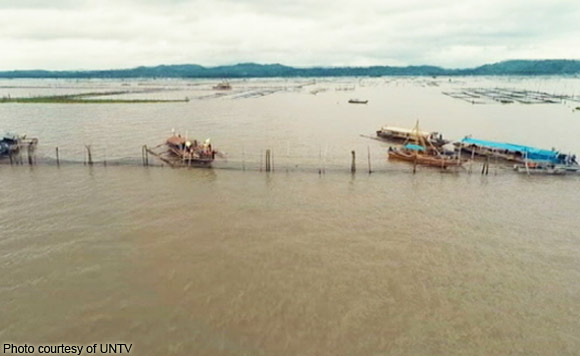 Department of Agriculture Secretary Manny Piñol said that the Hungary has expressed to grant the Philippines a loan for the development and clean-up of the Laguna Lake.

Piñol said in a statement on his Facebook account said that officials of the Department of Agriculture and Fisheries (DAF) and the Laguna Lake Development Authority held a “three hectic meetings” with Hungarian officials to discuss their earlier offer to grant the country a €510 million loan facility to finance the clean-up of rivers and lakes in the Philippines.

“István Joó, Ministerial Commissioner for Water Diplomacy, Export and the Danube Region Strategy, met with the Philippine delegation yesterday and confirmed his country’s interest in supporting the clean-up of Laguna Lake,” added Piñol.

The DA Secretary said that the meetings were a follow through of an earlier engagement he had with Hungary Foreign Minister Peter Sjjarto in May.

“The meeting with the Commission for Water Diplomacy followed an earlier conference with top officials of the Eximbank of Hungary led by Deputy Chief Executive Officer Andraś Puskaś in the headquarters of the bank in downtown Budapest,” Piñol said.

According to Piñol, Puskas said that the Eximbank of Hungary for the loan facility as soon as the Hungarian and Philippine Governments have finalized the agreement.

He added that the Laguna Lake clean up is eyed to be a government-to-government engagement.

Piñol added that he will submit a report to President Rodrigo Duterte through Executive Secretary Salvador Medialdea upon his return to the country on the results of the engagement.

“With my task done, Sec. Dominguez and Sec. Cayetano will now take over and finalise the negotiations for the loan facility,” he concluded.