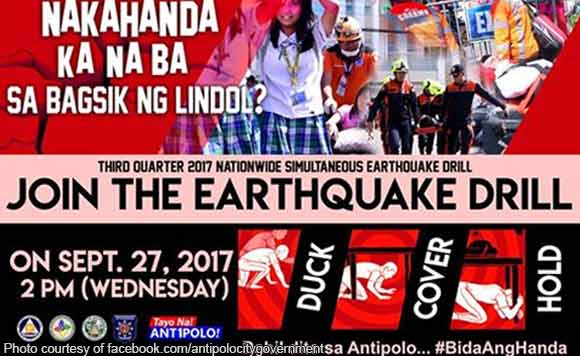 The Antipolo City government has urged its residents to take part in the upcoming earthquake drill on Sept. 27, saying that the city is nestled near the West Valley Fault.

The city government reminded its people about the 7.1-magnitude earthquake in Mexico City that caused severe damage to lives and property.

A nationwide simultaneous earthquake drill will be held on Sept. 27 to prepare the country for such calamity.

Antipolo asked its residents to coordinate with disaster risk reduction management officers in their respective about the details of the earthquake drill.