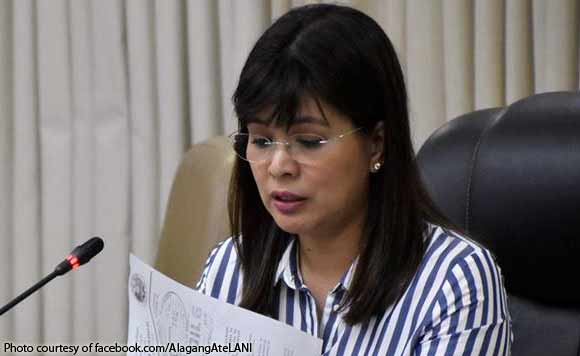 This city kicked off on Thursday its week-long “Bakood Festival 2017” to mark its 346th founding anniversary.

Mayor Lani Mercado Revilla led city officials and employees in the festivities highlighted by dancing, musical entertainment, and sports such as biking and badminton and the fishing Olympics.

Organizers said the festival was a great opportunity for Bacooreños to socialize in the spirit of fun and sportsmanship and to revisit “the rich heritage and culture of our beloved Bacoor.”

According to historical accounts, the city of Bacoor was then named Bakood or Bakoor as a pueblo (town) founded in 1671 and was home of the revolutionary government during the time of Gen. Emilio Aguinaldo’s First Philippine Republic when town and local leaders officially signed the declaration of the Proclamation of Philippine Independence at a general assembly.

The festivities kicked off yesterday with the 4th Mandaragat (fishing) Olympics was staged at the Sineguelasan Fish Wharf.

The merry-making “Sayawan, Kantahan, at Serenata” at the Strike Gym is set on Friday (Sept. 22).

On Saturday (Sept. 23), the city will stage the Zumbanation at the BGC Grounds and the Doowey Hooper Competition at Strike Gym.

The “Palarong Pinoy” will be held at the Strike Gym and the Bacoor City’s Outstanding Law Enforcers Awards 2017 at Revilla Hall on Sept. 25.

The celebration will also feature on Sept. 26 an Essay Writing Contest at Revilla Hall and the Complementary Feeding for children under 3 years old at the Strike Gym.

Another crowd-drawer set for Sept. 27 is the culminating activity for “Pinoy Ako Kundiman” or “the Milenya Man” at the Strike Gym and on-the-spot Poster Making Contest at the Main Square Molino.

Families and children will also be treated to “Kiddie Fun Day and Family Day with Ate Lani” on Sept. 28 at Strike Gym.

On Sept. 29, the city will have a dawn “Thanksgiving Mass” at 4 a.m. at Strike Gym; “Unang Hirit Live” Coverage of GMA 7 at 5 a.m. at the Plaza de Padre Mariano Gomez.

On the same day, the city will host the WGI Workshop at 8 a.m. at the Strike Gym and begins the rehearsals for the Marching Band Drill participants starting 9 a.m.

On Sept. 30, city folks, visitors and tourists will witness the “Musiko 2017”; the “Grandest Marching Band Parade and Drill Competition, and the culminating “Bakood Festival 2017” with a grand parade that will start at 8 a.m. from the Bacoor Elementary school, passing around town up to the Maliksi Elementary School grounds.