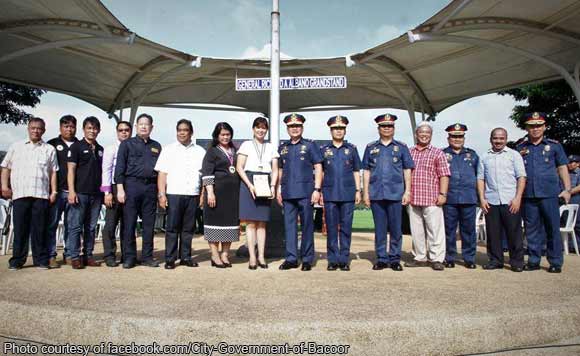 Another award has been bagged by the City of Bacoor.

This time, the city has been named as an outstanding local government unit by the Philippine National Police.

“The City of Bacoor received yet another award! Bacoor was hailed as the Outstanding LGU and Barangay Peacekeeping Action Team (BPAT) – Regional Level,” the local government said.

The ceremony was a part of the celebration for the 116th Police Service Anniversary.

The City of Bacoor is a first class urban component city of the Cavite province.

For two consecutive years, the City of Bacoor was bestowed with the Seal of Good Local Governance – the highest award given by the Department of Interior and Local Government to local government units.