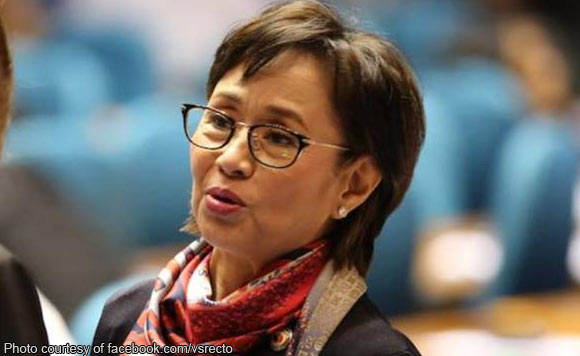 Batangas Rep. Vilma Santos has opposed the House of Representatives’ decision to give a P1,000-budget to the Commission on Human Rights.

He said his mother was unable to vote in the plenary because she was “almost confined” on Tuesday (September 12) “and was/is on meds.”

Nevertheless, Santos said in her text that she is against slashing CHR’s budget.

“They have a duty to perform as mandated by the Constitution. With so much crimes/EJK (extrajudicial killings)- they need more resources to these investigations. Ito ang isang ahensya na tumutulong sa karapatang pantao!” she said.

The agency’s budget, however, will still have to be discussed by the Senate and the bicameral conference committee.