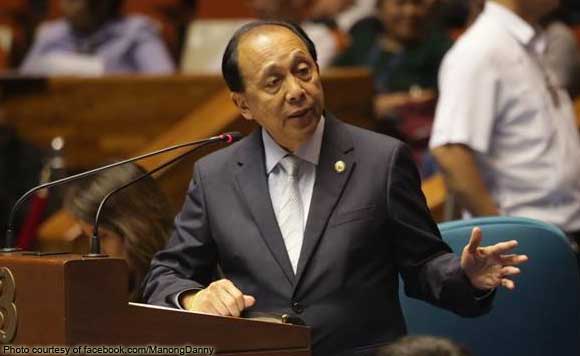 The Minority Bloc in the House of Representatives (HOR) headed by Quezon 3rd district Rep. Danilo Suarez is keeping its eyes peeled on the alleged offenses that Commission of Elections (COMELEC) Chairman Andres Bautista committed, based on the revelations of the latter’s wife.

“The Minority will not take this case lightly, just how we dealt with previous cases of government officials who were linked to corruption and other immoral practices,” Suarez said in a press conference Wednesday, August 9.

Bautista’s estranged wife, Patricia Paz, has claimed before media that the official has amassed close to P1 billion in ill-gotten wealth. The former has denied this.

“This representation filed a resolution for the appropriate House committee to conduct an investigation, in aid of legislation, on COMELEC Chairman Bautista’s unexplained wealth and its possible relation to the 2016 national and local elections,” Suarez bared.

“We call on Chairman Bautista to clear his name and restore the reputation of the agency he represents,” the House politiko added.

Suarez noted that Bautista is an impeachable officer.

“Should it be proven that he violated the Constitution, he will be dismissed from government service,” he said.