Ex-cop in Maute Group has been AWOL since 2014 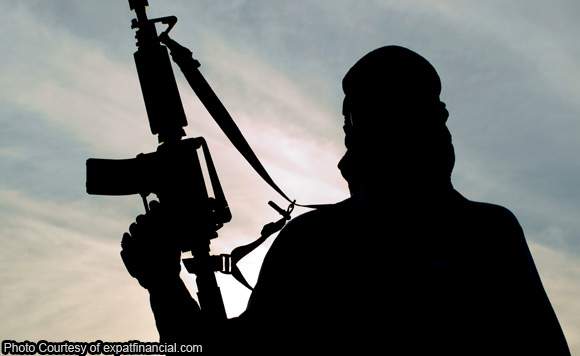 The still unnamed police officer from Rizal, who allegedly joined the ranks of Maute Group remnants now being neutralized in Marawi City by government forces, has been AWOL (absent without leave) from the PNP since 2014 and has been dropped from the rolls.

The ex-cop’s identity is still being verified after government forces recovered an ID card in one of the Maute Group strongholds earlier in the fighting.

“We would like to make that clear, Number 1, he is no longer a policeman. (As early as) 2014, he went AWOL and his name was dropped from the rolls, and we have no idea on his whereabouts. (And regarding the recovered ID card), it could have been given or taken by someone else. At any rate, our investigation is still ongoing to validate this,” Dela Rosa said in Filipino.

He added that the PNP could not confirm whether the former police officer was indeed in Marawi City fighting for the Maute Group terrorists unless the latter is captured or killed in the battlefield. (PNA)