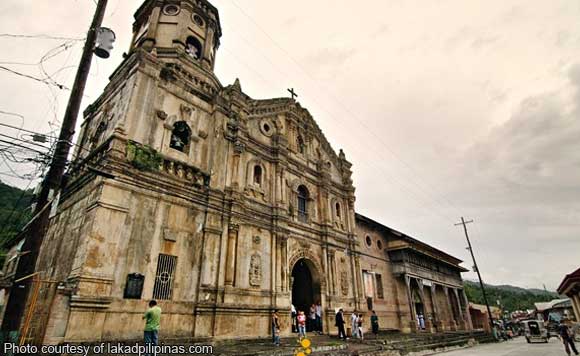 Pakil, Laguna Mayor Vince Soriano led on Saturday (August 5) an activity that undoubtedly had profound spiritual meaning to himself and local folk.

This was the laying of a brick from the Holy Door of the Santa Maria Maggiore Papal Basilica in Rome–home of the leader of the Catholic Church–onto the wall of the Turumba Shrine at the St. Peter of Alcantara Parish Church in Pakil.

Soriano affixed the hallowed brick to the wall before the 9:30 a.m. mass for the August Turumba, a post from the mayor’s Facebook read Sunday (August 6).

“I am deeply honored to be part of this very memorable program. I visited the Papal Basilica of Santa Maria Maggiore in Rome in 2003 and I am delighted that a part of that Basilica is now a part of St. Peter de Alcantara Church. Congratulations Fr. Mario Rivera,” the politiko wrote.

The Turumba Shrine refers to the church’s display of the Our Lady of Turumba, which is a 9 by 11 inches (23 by 28 cm) oil on canvas painting of the Virgin Mary.

The painting is a replica of Nuestra Señora de las Antiguas, which was found by fishermen on September 15, 1788 after a storm.

It was found floating in Laguna de Bay on the bank of the Matamig River and its presence began the devotion of Our Lady by the church.

On the other hand, the Santa Maria Maggiore is the largest Catholic Marian church in Rome, Italy.

Assisting Soriano during the brick laying were Church council officers, while the blessing of the brick was done by five concelebrating priests led by parish priest Rivera.