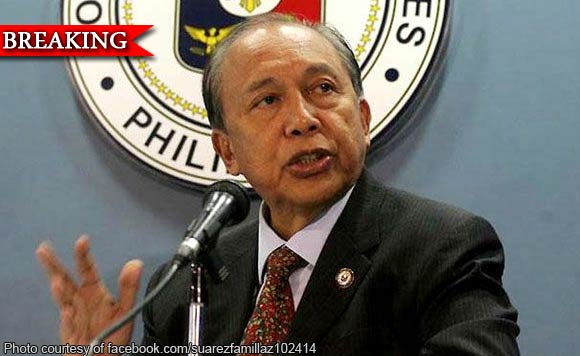 This was Minority Leader Danilo Suarez’s dare to embattled Bureau of Customs (BOC) Commissioner Nicanor Faeldon who on Wednesday morning (August 2) hinted about knowing several influence peddlers at the House of Representatives (HOR).

“I’ve heard allegations that if he’s pushed to the brink, or run out of patience, he will name congressmen who have been asking favors on shipments,” Suarez told reporters in a press conference.

“I dare him, name them,” he said of Faeldon, an ex-Magdalo soldier. “Kung sino man yun, it’s the duty of Congress to discipline them.

Faeldon is currently in hot water for the mess that revolves on the entry of P6.4 billion worth of shabu in the country via the BOC’s privilege lane, the super green lane, among other things. He has been grilled at successive investigations at the HOR and Senate as a result.

“After all the controversies involving the BOC that remains unresolved, how will the BOC get out of this mess? We call on the Commissioner to face the consequences of his actions and to take full responsibility in fixing this mess and restoring the integrity of the agency,” Suarez added.