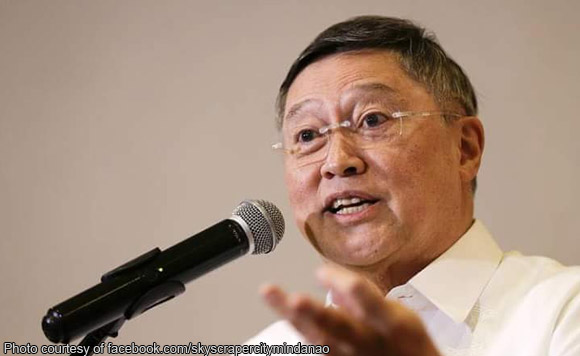 Suarez, in a press conference Wednesday (August 2), noted that Dominguez had the legal basis to fire Faeldon thanks to a law that he himself authored.

“We have an existing law called lateral attrition,” Suarez said.

It should be noted that the BOC is an attached agency of the DOF.

“The [BOC’s] target [collection] for 2017 was reduced last November or early December last year. Had they not reduced the target, then Commissioner Faeldon is attritable because he failed his target.

Last May, a clandestine shipment containing some 605 kilos of shabu breezed through the BOC.

The shipment, sent by China-based EMT Trading, was subsequently seized in a Valenzuela City warehouse. But House politikos learned in an inquiry Tuesday that the BOC also bungled the handling of the evidence.

“We are appealing…to the Secretary of Finance and Office of the President that the least that Commissioner Faeldon should do is take a leave of absence or resign from him position,” Suarez said.