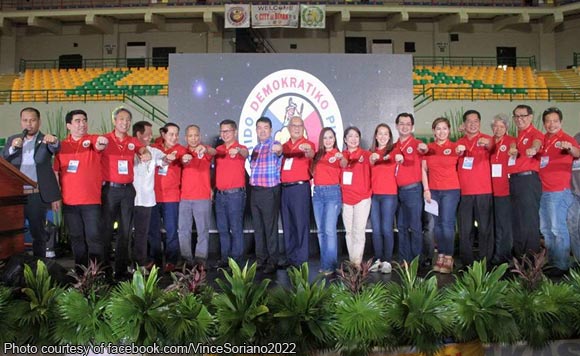 Change has come to Pakil, Laguna. A change in political alliance, that is.

We learned from this Facebook post of Pakil Mayor Vince Soriano that he and the rest of the town’s local officials formally joined the country’s ruling party, PDP-Laban, during a simple ceremony Saturday (July 29).

The oath-taking of the new members was led by Senate President Koko Pimentel, the party’s president.

Duterte serves as chairman of PDP-Laban, which rose to prominence after last year’s national elections. This was mainly due to the popularity of “Digong,” who won the Palace race via six million-vote margin.