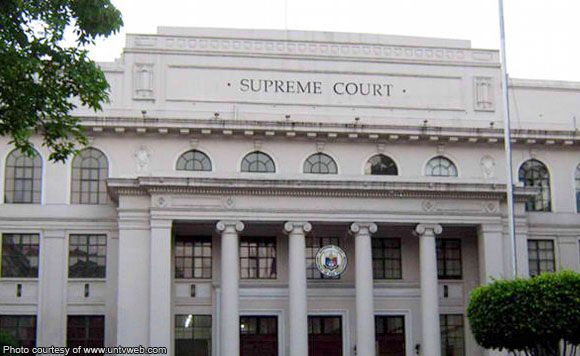 The Supreme Court (SC) voted unanimously to junk the mandamus petition filed by group of lawmakers contesting Quezon Rep. Danilo Suarez’s election as minority leader of the House of Representatives.

”The Court, decision was penned by Associate Justice Estela Perlas-Bernabe and voting unanimously, dismissed the petition for mandamus for the reason that petitioners were not entitled to the reliefs sought; however, the Court emphasizes that the dismissal of this petition is without prejudice to any other controversy involving the internal rules of the House of the Representatives presented in a proper case seeking judicial review,” Te told reporters during the press conference.

The petition asked the SC to compel the respondents to recognize Baguilat as the runner-up to Alvarez in the speakership race last July 25.

Baguilat got eight votes against Suarez’s seven, thus, giving him the minority leadership.

The petitioners insisted that Baguilat was entitled to “the long unbroken tradition of the House of Representatives wherein the clear second placer in the speakership contest automatically becomes and is recognized as minority leader.

The “minority bloc” claimed that two days after the voting, the congressmen who voted for Suarez as Speaker and those who abstained convened to elect Suarez as the minority leader.

The petitioners pointed out that Suarez himself voted for Alvarez, which technically makes him part of the majority bloc.