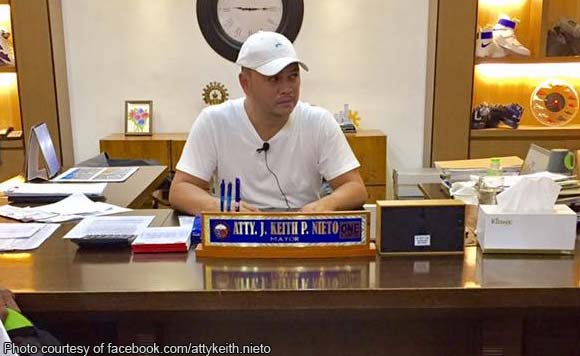 Call it an overreaction, but for Cainta Mayor Kit Nieto, it is always better safe than sorry–especially if a deadly virus can potentially spread in his town.

On his Facebook account, the Politiko posted a warning for his constituents, transparently sharing one possible case of Meningococcemia, which took the life of a 6 month old infant.

“Advisory: A 6 month old baby was brought to our hospital yesterday at 4pm.. due to body rash and fever… symptoms indicated possible case of meningococcemia prompting the attending doctor to bring him to the isolation room.. blood samples were taken for confirmation by the Reseach Institute for Tropical Medicine while facilitating the immediate transfer of the patient to the San lazaro hospital.. ”

As a precautionary measure, he ordered the sanitization of the whole emergency room and out-patient department of the said hospital, to prevent any virus–if there’s any, to spread.

“In the meantime and to safeguard the health of the staff and the people who were present in the area, prophylactic antibiotics were Administered to them including the persons accompanying the baby and the rest of the patients before he was isolated.”

“Apart from the precautionary measures adopted to protect the persons he had contact with.. asepsis or floor to wall cleaning of the emergency room and waiting areas have been effected..we have done a tracing of registry of all patients in the er and waiting area at the time patient was present for advise and prophylactic dose of antibiotics.. we shall include the situs of the deceased to protect his family.. the virus is transmitted through coughing and sneezing.. in the meantime, the outpatient department services will be temporarily relocated at the Peoples Center starting tomorrow.. sanitizing of the emergency room took place since yesterday and will continue for the next 48 hours. the patients in the emergency room have taken over the outpatient department area.. for your information and guidance.”

The Politiko also reported that the baby, whose identity and his family’s, he will not disclose, was pronounced dead five hours after the incident was raised to his knowledge.