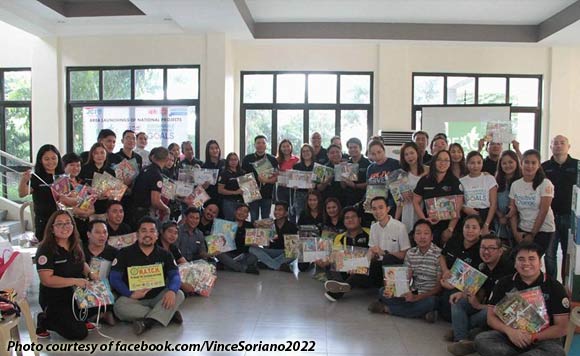 In his own little way, Pakil, Laguna Mayor Vince Soriano is bringing color to the otherwise dreary lives of children caught in the middle of the Marawi City crisis.

The politiko accomplished such by giving donations of crayons and coloring books for Marawi’s student-evacuees.

Soriano noted how the ongoing skirmishes between government troops and occupying Maute Group terrorists have adversely affected the holding of classes in the city.

Maute members entered Marawi City on May 23. They have yet to be flushed out completely by government troops.

“After all,” Soriano added, “More than being a Pakileño/Lagunense, I am a Filipino. #BeBetter #PeaceIsPossible.”