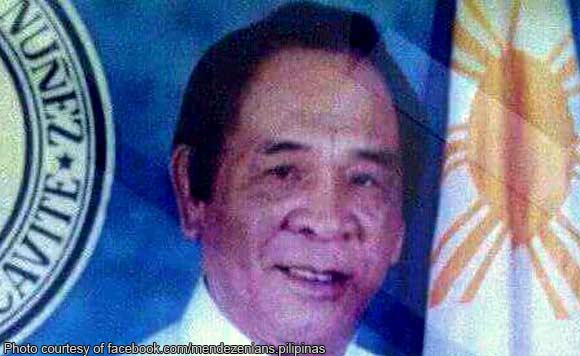 Former mayor Francisco Landicho Mendoza of Mendez, Cavite passed away on July 15, Saturday. He was 83.

This was bared by Facebook user Bernardo Sarmiento on a post Saturday afternoon, citing information from Maritess Almanzor-Sarmiento.

“A multi-term mayor of Mendez, Francisco Landicho Mendoza, fondly called Mayor Kiko by his relatives, friends and constituents, suddenly died not even an hour ago,” Mr. Sarmiento wrote. He did not give any details about the former politiko’s death.

“He is survived by his wife Irma T. Mendoza, children Jennifer (Jojo Danao) and Vice-Mayor Francisco, Jr. (Sonia Mendoza) and their respective families, and younger sister Lita Mendoza-Aure,” he added.

Several messages of condolences to the Mendoza family have since been posted by other individuals on the social media website.

Mendez is a fourth class urban municipality in Cavite. According to the 2015 census, the town has a population of 31,529 people.