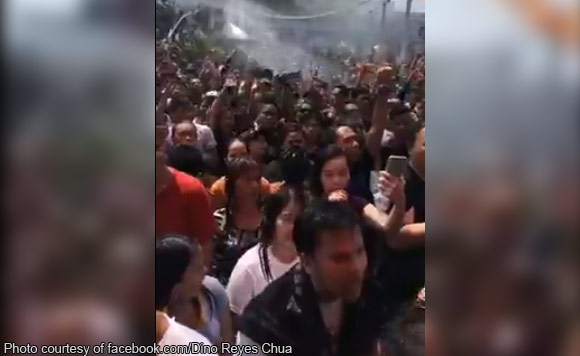 In a live video uploaded on his Facebook account, the Politiko was seen head-banging over Silent Sanctuary’s song ‘Ilaw Lamang’ while on stage.

The town was celebrating this year’s Regada Festival, which according to him ‘Cavite’s Biggest Wet and Wild Street Party”.