Pagaling ka, Kap! Revilla back in detention after skipping trial due to high blood 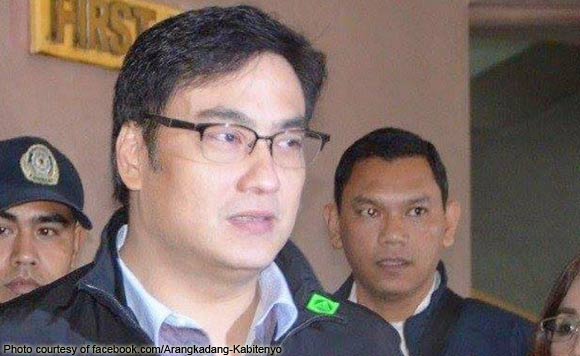 After being confined in the hospital with his father, former Senator Ramon “Bong” Revilla Jr. has been brought back to his cell at the Custodial Center of the Philippine National Police (PNP) in Camp Crame, Quezon City.

“Pertinent SOPs (standard operating procedures) and safety measures relative to the transport of person under custody were properly observed,” he assured the court in his report.

Revilla failed to attend the first day hearing of his plunder trial on June 22 before the Sandiganbayan First Division the first day after being confined at the St. LUke’s Medical Center in Taguig City since June 20.

The former lawmaker had visited his ailing father, former Sen. Ramon Revilla Sr., at the same hospital on June 20 but the younger Revilla himself “complained of difficulty in breathing and dizziness.”

The younger Revilla was subsequently diagnosed with hypertension, dyslipidemia and hyperuricemia.

Revilla has been charged with plunder and 16 counts of graft in connection to the Priority Development Assistance Fund (PDAF) scam.

Revilla is accused of having amassed P242 million in kickbacks from his co-accused, pork barrel scam brains Janet Lim Napoles, in exchange for choosing her non-government organizations to implement ghost projects funded by his PDAF.