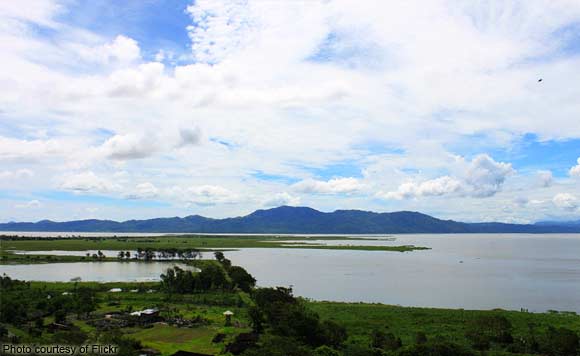 The Department of Agriculture (DA) and its Bureau of Fisheries and Aquatic Resources launched on Monday its “BASIL: Balik Sigla sa Ilog at Lawa” program to rejuvenate the country’s seven major lakes, among them the Laguna de Bay and six major river basins across the country.

The launch on the occasion of the DA’s 119th anniversary celebration at the lakeside old municipal hall in Barangay Baybayin here gathered a big crowd of agriculture and fisheries officials, local government executives, farmers and fisherfolks in the Calabarzon region.

Pinol added the project will optimize the major water resources, their economic benefits, enhance fisheries towards sustainability, and repopulate indigenous species in support of biodiversity conservation and food sufficiency.

“The project would make food accessible to poor families living near the lakes, rivers and streams as an initial step to address poverty and food security concerns as part of the DA mandate and responsibility,” Piñol said.

As the DA’s celebration coincides with Dr. Jose Rizal’s 156th birthday celebration, Pinol said Rizal’s writings described the beauty and bounty of the Laguna Lake where the national hero used to travel up to Manila and nearby towns.

“Now, we see the neglect to our lakes and rivers and institute change through the BASIL Project as the DA’s intervention to revive them and the seeding of some 210 million fingerlings in the country’s vital bodies of water,” Piñol said.

He also urged the local government units in the perimeter of the water resources to be responsible and engage in the revival and rejuvenation of the lakes and rivers.

The 210 million fingerlings to be seeded across the country’s lakes and rivers are indigenous species like ayungin, biya, martiniko, kanduli, dalag, hito and the economically acceptable fish species like tilapia and bangus, among others.

For Laguna de Bay (Laguna Lake), the rejuvenation to enhance the lake’s open water fisheries include habitat improvement; fingerling dispersal; enhancement of existing sanctuaries; social preparation and mobilization of fisherfolk organizations to manage their resources and capacity building of women’s groups engaged in processing and value-adding of fishery products.

Aside from the Laguna de Bay, other big bodies of water across the country include Lanao Lake, Lake Mainit, Buluan Lake, Naujan Lake, Lake Sebu and Taal Lake.

During the launching, DA also turned over fingerlings worth PHP 3.65 million, from the package of government interventions of more than PHP 56.3 million, were also distributed to 1,478 fishers in the Calabarzon Region.