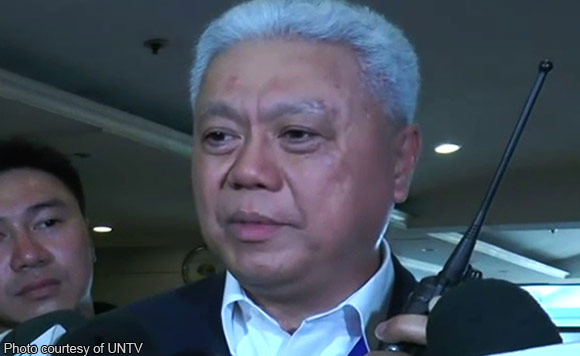 A perannial losing candidate for mayor was arrested by the National Bureau of Investigation (NBI) for having duped a businessman of P14 million after being made to believe the suspect was close to President Rodrigo Duterte.

NBI spokesperson Ferdinand Lavin said the suspect, Lino Espinosa Lim Jr., was arrested in Quezon City on June 16 on the strength of arrest warrants issued by the regional trial courts of Mandaluyong and Paranaque cities where he was facing multiple estafa charges.

“When his victim made floow-ups on Subject Lim, he kept on giving alibis and eventually could not find him anymore,” Lavin said.

Espinosa built u a high profile of himself by running sevral times for mayor of Uson town in Masbate.