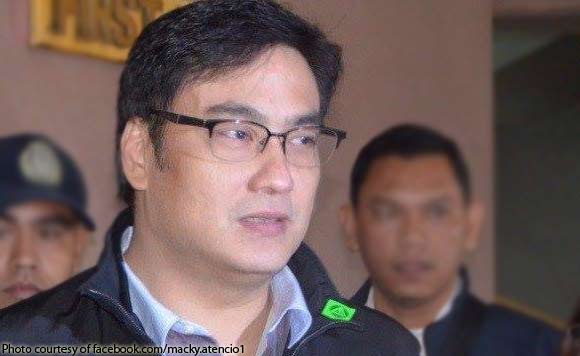 Detained former Senator Ramon “Bong” Revilla Jr. has been allowed by the Sandiganbayan First Division to visit his ailing father at the hospital.

In his motion, the younger Revilla informed the court his father was being treated for “Valvular Heart Disease, Severe Mitral Regurgitation, Congestive Heart Failure, and NYHA FC II.”

“Accused Revilla feels obliged to come to the aid of his father, who is every close to him, even by his mere presence, and cannot disregard a son’s natural urge and desire to visit and be with his ailing and weak father, and spend a few moments together,” read his motion.

The younger Revilla is currently detained at the Custodial Center of the Philippine National Police (PNP) in Camp Crame, Quezon City.

Revilla was accused of having amassed P242 million in kickbacks from his co-accused, pork barrel scam brains Janet Lim Napoles, in exchange for choosing her non-government organizations to implement ghost projects funded by his PDAF.