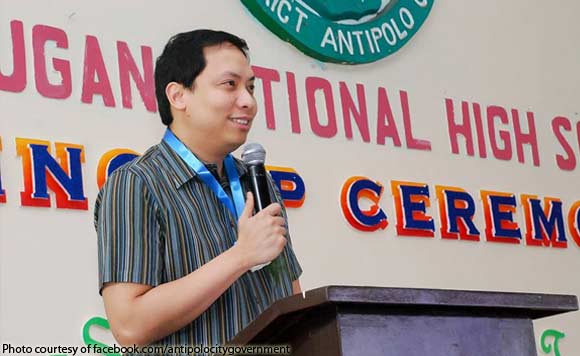 Antipolo City Mayor Jun Ynares said the city government is bidding to be the new home of the Philippine Senate.

The Antipolo politiko revealed this in his June 3 Manila Bulletin column.

Ynares said that this is a bold move for the city government because it is going up against Bonifacio Global City in Taguig and Clark Green City in Pampanga.

The Antipolo City mayor explained that the Senate has a compelling economic reason to transfer to the capital of Rizal.

He said that the city government is willing to give a sprawling 64-hectare government center lot in Cabading to the Senate for free.

This means that the Senate will not have to spend P1-billion for real estate purchase.

Ynares added that the proposed site in Antipolo will certainly become an “economic magnet” for the city because investors and businesses will surely follow where the Senate relocates.