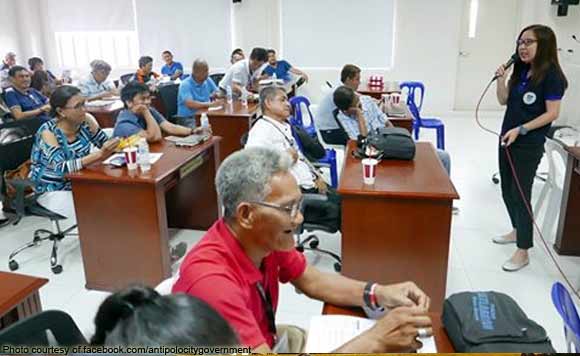 Antipolo city and barangay officials of the anti-drug abuse council convened their summit to intensify the city’s war against illegal drugs through their community-based rehabilitation program “Oplan SAGIP” or operation plan “save.”

“I commend you for taking on the daring task to fight illegal drugs in our city and your zeal to eradicate not only this health menace but now a social plague and so we embark on this program for real change,” physician Mayor Casimiro “Jun” Ynares remarked.

Summiteers here tackled the evils of illegal drugs and pushed for intensified efforts to make Antipolo a “Drug Free City.”

“We will sustain and even step up our program to rid the city of illegal drugs given the city government necessary support and the cooperation among our various sectors,” Ynares assured.

The city government officials also reviewed council plans and programs under the “Oplan SAGIP” on intensified anti-illegal drug campaign, awareness programs and rehabilitation for drug surrenderers through the Community-Based Rehabilitation Program (CBRP) and after-care services like the “Tokhang Balik-Aral.”

The summit also discussed the new strategies employed, policies and law enforcement by the national government agencies in the fight against illegal drugs.

Dangerous Drugs Board (DDB) representative Lalaine Divina presented the Board policy directions and latest issuance on how national and local government agencies wage the war versus dangerous drugs and substances within and outside government offices and in the communities.