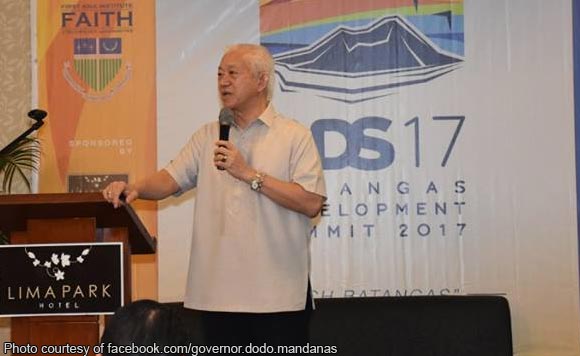 The Batangas politiko was unanimously elected last May 2.

He is working to develop a food terminal in the province, a port expansion in Batangas City and the along the Batangas coastline, a train service revival from Batangas City to Calamba City, and the commercial operation of Fernando Airbase in Lipa City.