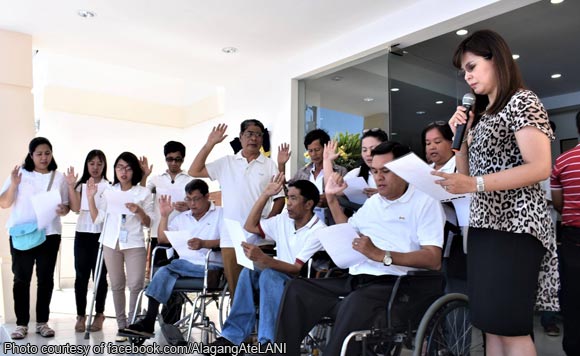 Bacoor City Mayor Lani Mercado Revilla led the inauguration of a new building for senior citizens and persons with disabilities (PWDs) on Monday at the Bacoor Government Center, Bayanan in this city.

The Reverend Father Erickson Santos consecrated the new facilities as city officials, councilors and beneficiaries took the tour of the facilities.

The two-storey building has six offices that will attend to various services for the city’s OSCA and PWD group’s 66,000 members.

The city mayor also thanked the OSCA and PWDs who still have the heart to serve in their respective communities despite their age and physical disability.

She also reiterated her support to them who are provided funds by the city government for their free admission to movies in all theaters in the city every Sundays, Mondays, Tuesdays and Thursdays.

She said that Bacoor City is the only local government so far that provides free admission to movie houses for the elderly and PWDs four days a week. (PNA)