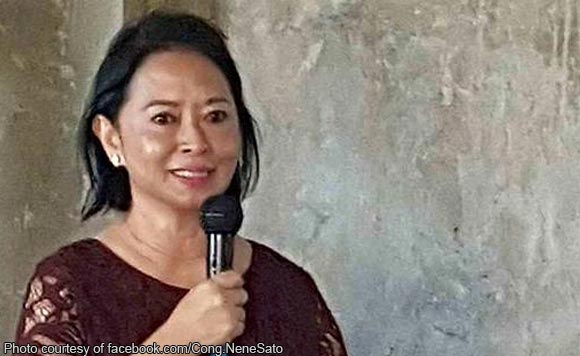 Occidental Mindoro Rep. Josephine Ramirez-Sato is urging Senate President Koko Pimentel to look into allegations that some members of the powerful Commission on Appointments (CA) were bribed by mining companies to vote against the appointment of Gina Lopez as Environment Secretary.

In a statement, Sato said that as chair of the 25-member, the CA should investigate the President Rodrigio Duterte’s claim that Lopez was rejected because “money talks.”

“I believe inaction will be a disservice to our people and to our country. Any allegation that undermines the integrity and independence of the CA must be taken seriously,” said Sato was among those who intensely grilled Lopez during the four CA panel hearings.

Sato stressed that the CA was constitutional body whose mandate was to serve as an effective check to the appointments of the President.

She believed that the CA’s rejection of Lopez and former Foreign Affairs Secretary Jun Yasay was “a demonstration of the independence of the current CA.”

According to Sato, from the beginning, she has been vocal about her admiration of Lopez for the appointee’s passion for the environment and expressed commitment to help farmers and communities affected by irresponsible mining.

“Concern for the environment is precisely the reason why then as Governor, I signed a provincial ordinance banning mining in Occidental Mindoro. It remains in effect until now,” she said.

Not meant to stay? Alan Cayetano says Gina Lopez’s actions similar to what officials fired by Duterte did