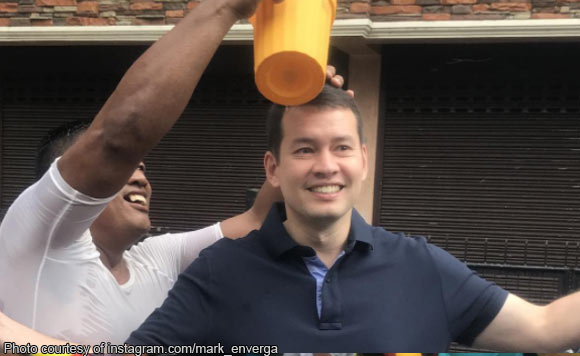 The Politiko uploaded on his Instagram account some of the snippets of the fun he had as he attended the Buhusaya, which was organized and planned by Lucban City Mayor Oli Dator.

Cong. Mark posed with the residents, who obviously had fun as much as he did. Do you think he looks good wet? The Politiko also extended his congratulations to Mayor Oli through his social media postings.