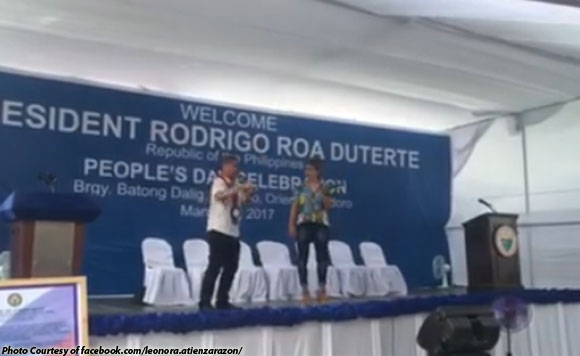 If the time comes that Oriental Mindoro Vice Governor retires from politics, we all know what his back up career would be: he would be a great host and crowd pleaser in live shows.

One of his supporters shared on Facebook the Politiko’s not so hidden talents as he went up stage and entertained the crowd with his song and dance numbers.

In one event where President Rodrigo Duterte as the guest of honor, VG Bonz eased the boredom of the audience through his antics, as well as his pleasing talents. The supporter wrote: “Our very own Vice Governor Bonz Dolor, the master stage entertainer, sang and danced to the crowd while waiting President Rodrigo Roa Duterte.”