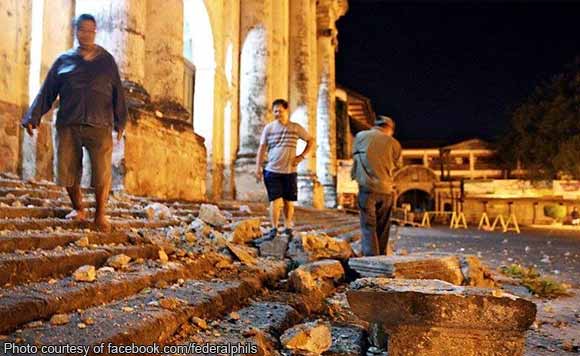 Deputy Speaker Raneo Abu of the 2nd district of Batangas has every reason to be home right now.

This, after the towns of Tingloy and Mabini were struck by successive strong earthquakes Saturday, April 8.

“Together with DPWH Dist 2, Batangas, we are assessing the damage to public [infrastructure],” the politiko said.

The twin quakes resulted to damaged roads and infrastructure, including resorts, churches and hospitals around the province.