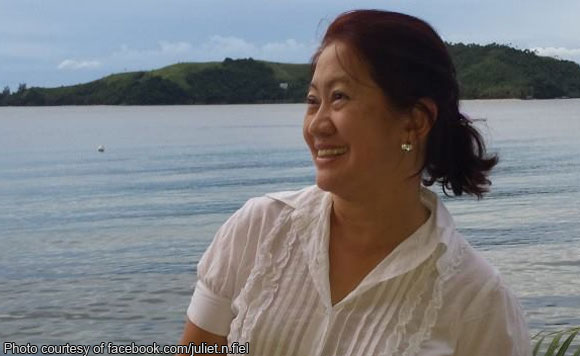 Former Looc, Romblon Mayor Juliet Ngo-Fiel has been cleared by the Court of Appeals (CA) of grave misconduct and dishonesty over the alleged hiring of a ghost employee.

The CA Fourth Division granted the petition of Fiel to overturn the decision of the Office of the Ombudsman, which penalized her with dismissal from service.

In its nine-page decision, the appelate court ruled that “Ngo-Fiel had no hand in supervising the laborers and in certifying that they reported for work.”

The case stemmed from the repair of the mayor’s office in 2009 wherein eight laborers were hired, including Domingo Docog.

Sangguniang Bayan (SB) member Ernesto Panes subsequently filed a complaint before the Office of the Ombudsman in March 2010 as he claimed that Fiel and her subordinates falsified the dailty time records and payroll to make it appear that Docog rendered services when in fact he never participated in the repair works.

Panes said that this resulted in the illegal disbursement of public funds worth P1,250, which was paid to Docog as his one-week wage.

Politiko would love to hear your views on this...
Spread the Love
Tags: Court of Appeals, Domingo Docog, Ernesto Panes, Juliet Ngo-Fiel, Looc, Office of the Ombudsman, Romblon, Sangguniang Bayan