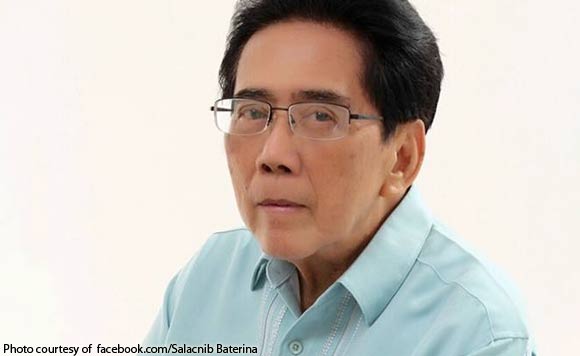 The Sandiganabayan on Friday (March 31) issued an arrest warrant against former Ilocos Sur Representative Salacnib Baterina due to his alleged involvement in the Priority Development Assistance Fund (PDAF) or “pork barrel” scam.

Records show that Baterina released from January to February 2007 a total of P35 million of his PDAF supposedly to fund livelihood and farm input projects for his constituents.

However, investigation conducted by the Office of the Ombudsman revealed that none of the projects were implemented and were thus considered “ghost” projects.