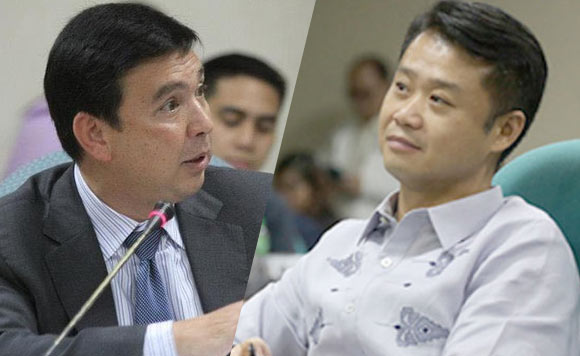 Senators Ralph Recto and Win Gatchalian are urging the the Duterte to administration to protect Benham Rise from the acquisitive hands of the Chinese and other foreign governments.

“No ifs or buts. The government must have a ‘Benham Rise Protection Strategy’. A comprehensive strategy – military, diplomatic, economic – in holding on to and developing Benham Rise. We cannot be caught unaware. There should be no Pearl Harbor moment that will surprise us that other countries have installed themselves on what by law is part of our territory,” said Recto in a statement.

“We are now only beginning to discover the true potential of the Benham Rise to make unique contributions to our country’s ecological and economic prospects. The government must take immediate action to defend our exclusive sovereignty over the Benham Rise to ensure that this potential will be developed and utilized to benefit the Filipino people,” Gatchalian said.

The Department of Foreign Affairs (DFA) has sent a note verbale to the Chinese embassy to clarify the reported presence of a Chinese survey ship near Benham Rise.

Defense Secretary Delfin Lorenzana reported that a Chinese survey ship was seen plying the waters of Benham Rise for around three months.

“We have practically lost the seas west and north of us. We cannot be encircled. The Eastern side of the country should be defended as well,” said Recto who stressed that he was referring not only to one country.

Both Recto and Gatchalina have endorsed Senate Bill No. 312, authored by Senator Sonny Angara, which seeks the creation of a Benham Rise Development Authority (BRDA), to be an attached agency of the National Economic Development Authority (NEDA), in order to spearhead intensive scientific research and exploration in Benham Rise, identify its economic potential, and take the lead in formulating and implementing a development roadmap aligned with the country’s Philippine Development Plan.

Benham is a 13-million-hectare underwater plateau off the coast of Aurora which is not only rich in marine life but also in minerals such as manganese and natural gas.
It was discovered in 1933 and officially became part of the Philippines in 2012 when the UN Commission on the Limits of the Continental Shelf ruled that under the UN Convention on the Law of the Sea (UNCLOS), the Benham Rise area was contiguous with the country’s continental shelf and fell under its exclusive economic zone. It stressed that Benham Rise is indisputably part of Philippine territory.