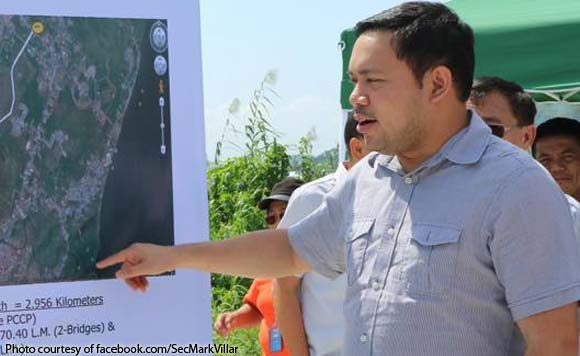 He made this assurance after gracing the ground breaking rites of the Lucena Underpass along the Maharlika South Road (MSR) in this city earlier this week.

TR4 consists of a four-lane toll road that spans from Sto. Tomas in Batangas up to Lucena City.

According to DPWH, the government expressway extension project stretches to around 56.862 kilometers with five sections or phases.

Villar said with the completion of the expressway extension project, the usual four to five-hour travel time from Manila to Lucena City would be reduced to over an hour trip.

Travellers, motorists and truckers could save not only on time and movement of goods and services but also on fuel costs and other cost-effective business activities.

The TR4 project is also expected to spur more economic activities not only in the Calabarzon Region but also to Bicol Region and nearby provinces where agricultural and commercial products could be transported efficiently and expeditiously.

Villar also disclosed plans of the national government through the DPWH for the Quezon to Bicol Expressway project.