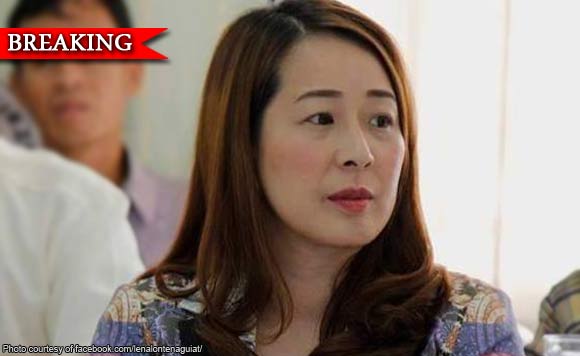 Biñan, Laguna Lone district Rep. Marlyn Alonte-Naguiat, a PDP-Laban noob, underscored her loyalty to her new party despite being tagged in an alleged P100-million bribery try that was designed to save Senator Leila de Lima’s hide.

Alonte-Naguiat was originally a Liberal Party (LP) member but jumped ship to PDP-Laban–Duterte’s party–following her victory in the May 2016 polls.

De Lima is a stalwart of the LP, which was the erstwhile ruling political party.

In order to clear her name, Alonte-Naguiat said she would get in touch with PDP-Laban officials, especially House Speaker Pantaleon Alvarez.