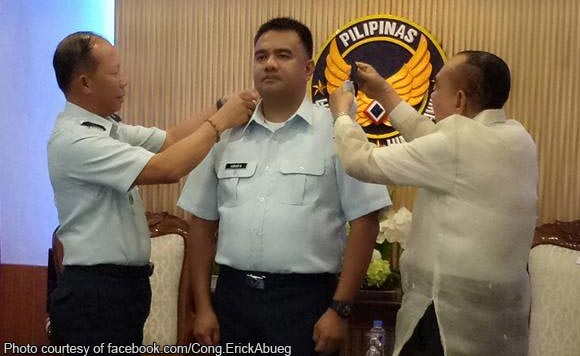 He was conferred with the rank by the commanding general himself.

Palawan Rep. Frederick Abueg has a new badge to display — literally, that is. The congressman has been given the rank Lieutenant Colonel at the Armed Forces of the Philippines (AFP), joining other politikos who have been given such recognition by the military.

No less than AFP Commanding General Edgar Fallorina pinned his medals as reserve officer at a simple ceremony at the Villamor Air Base in Pasay City. Lakas!