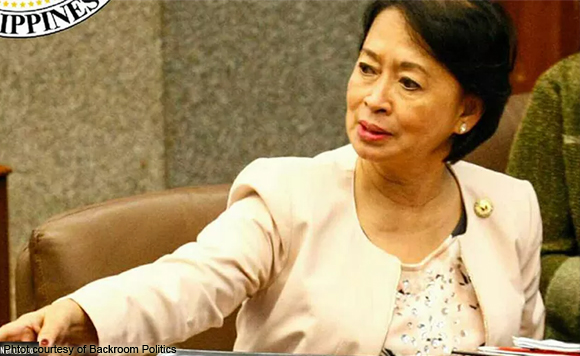 There is nothing to write home about the Philippines’ agriculture dismal performance during the fourth quarter of 2016, said Occidental Mindoro Lone District Rep. Josephine Ramirez Sato in a statement Monday, January 30.

And had the sector performed better, the lady politiko said Philippines economy could have attained the seven percent economy growth it is longing for in 2016.

“How can the government achieve its target of alleviating poverty if the agriculture sector is not growing?” Sato added.

The Duterte administration is targeting to lift out of poverty 6 million Filipinos by 2022, or an average of 1 million a year starting in 2017.

“The Philippines can do better by investing more in agriculture – by putting in place appropriate programs that will address the multi-faceted problems besetting the sector,” the Occidental Mindoro solon added.

According to the Philippine Statistics Authority (PSA), the Philippine economy grew by 6.8 percent in 2016, the fastest in Asia, beating China (6.7 percent) and Vietnam (6.2 percent).

During the last quarter, however, the country’s total economic production and performance as measured by Gross Domestic Products (GDP) slowed down, recording only a 6.6 percent growth in the fourth quarter of 2016.

According to the PSA, this was mainly due to two typhoons that hit the country during the period.

Sato said bad weather or unfavorable weather condition should not be an excuse for the sector’s poor performance.

She said the Department of Agriculture (DA) should intensify programs that make farming profitable to encourage farmers to do business in agriculture, hence boosting production and contributing to the country’s growth and development “the way it should.”

“Climate change is a reality we need to face. We know what typhoons can do to our agricultural areas that is why the DA should come up with ways to help farmers increase production, provide much-needed government subsidy and help enhance the capacity of farmers to become climate-resilient,” she stressed.