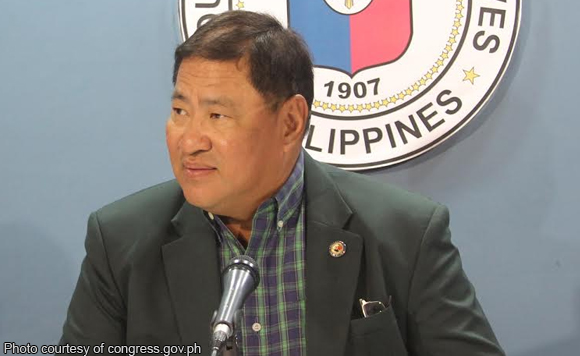 Bad news for convicts those crimes are punishable by death penalty.

This was after House Justice Committee chair, Oriental Mindoro 2nd District Rep. Reynaldo Umali, said that House Bill 1, the proposed law calling for the restoration of the death penalty, will be likely be approved before the end of the first regular session of 17th Congress on June 3.

The politiko, in a report to the PNA, said House Bill No. 1, a priority measure of President Rodrigo Duterte, is an important reform to pursue in overhauling the criminal justice system of the country.

The Oriental Mindoro solon added that he was once against capital punishment, but he saw the need for its reimposition after his committee conducted its hearing on the illegal drugs trade inside the New Bilibid Prison last September.

“I am now in favor of death penalty on drug-related heinous crimes,” he added.

The Mindoro Oriental lawmaker said the lower chamber will still have to work on the contentious measure “regardless of what action Senate will take on the bill”.

Under the proposed measure, the heinous crimes for which the death penalty will be imposed include trafficking in illegal drugs, arson, treason, murder, rape, kidnapping, and carnapping.

The mode of capital punishment could either be through hanging, by firing squad or lethal injection.

The imposition of death penalty has been suspended since 2006 with the enactment of Republic Act No. 9346, or “An Act Prohibiting the Imposition of Death Penalty in the Philippines.”

However, Duterte has publicly declared that he wanted capital punishment reimposed on heinous crimes, especially on criminals involved in drug-trafficking.