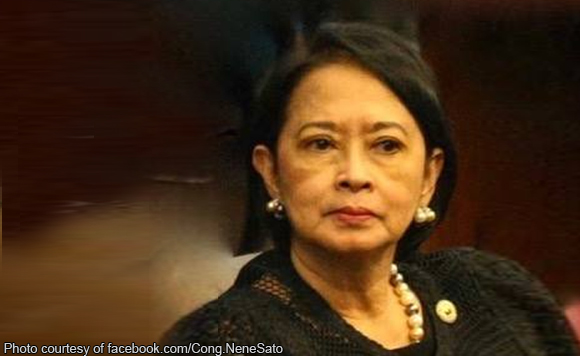 Occidental Mindoro Lone District Rep. Josephine Ramirez-Sato has lauded the Department of Agriculture for convincing President Rodrigo Duterte to seek a two-year extension on the quantitative restriction on rice, which is due to be lifted in June this year.

The lady politiko, a member of the House Committee on Economic Affairs, cited DA Secretary Manny Piñol’s efforts to seek extension of the rice import quota to ensure that the imported rice would not flood the market and affect the local farmers.

“I appreciate that Secretary (Manny) Piñol is planning to ask the President (Rodrigo Duterte) to seek for an extension of the rice QR. However, more than trying to sway the President to request for an extension, he should ensure that more safety nets are put in place to protect our local farmers, especially those with small landholdings, against the worst-case scenario,” she added.

Piñol earlier said that the removal of the rice import quota does not guarantee cheap rice, even as he vowed to urge Duterte to take the lead in seeking for an extension of rice import quota.

Sato called on the DA to beef the country’s food production capacity and to cut overdependence on imported food, particularly rice.

“The Agriculture secretary should not discount the possibility that the quantitative restriction on rice will not be extended given the position of other members of Duterte’s economic managers,” she said.

Sato laments that Filipino rice farmers cannot compete with imported rice because of the high cost of production and because of lack of support from the government.

“We need to put more safety nets. Ensure that adequate funds are available for our rice farmers. Programs should be in the form of direct support to our resource-poor farmers engaged in rice production,” she added.