Repairs of Pagasa airfield, port construction on hold due to warning of PH, China ties 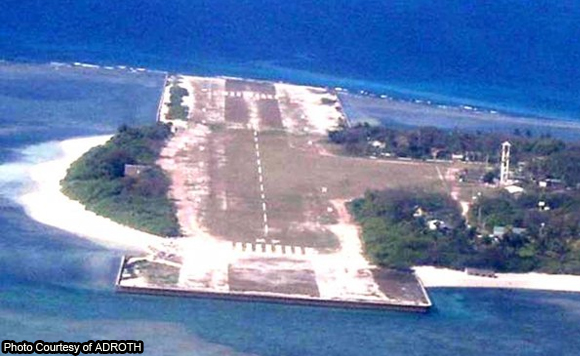 Repairs of Rancudo Airfield in Pagasa Island and construction of its port might be deferred due to the resurgence of Philippine and the People’s Republic of China ties.

This was disclosed by Armed Forces of the Philippines (AFP) chief-of-staff Gen. Eduardo Año when asked whether the country has lifted its moratorium on improving Filipino-held positions in the West Philippine Sea.

“(The moratorium was lifted) but because of the warming relationship with China, we better not make any aggressive action in the West Philippine Sea,” he added in a report to the PNA.

The Department of Public Works and Highways has earlier allocated the sum of PHP800 million for the repair of Rancudo Airfield those forward edge is slowly eroded by the sea, Defense Secretary Delfin Lorenzana said.

With this, the situation there is now on “status quo”.

As this develops, he also said that he plans to visit Pagasa Island along with Año but no firm date of the visit is set yet.

Pagasa, with an area of 37.2 hectares, is the largest of the seven islands and three reefs being controlled by the Philippines in Spratly Island Group.