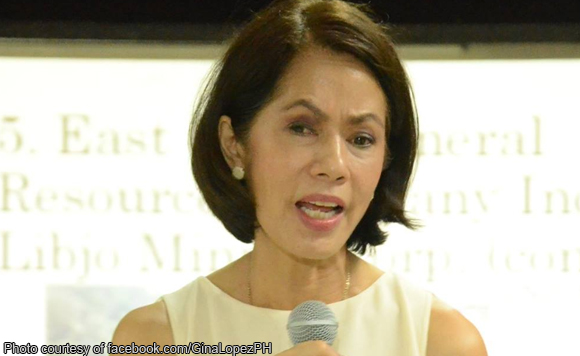 Environment Secretary Gina Lopez will not allow the construction of Nickelodeon’s proposed underwater theme park in Palawan if it would disrupt the biodiversity in the province that has come to be called the Philippines’ “last frontier.”

In a statement issued Thursday (Jan. 12), Lopez stressed the importance of corals to fishermen and aquatic animals in the Palawan.

“If the underwater theme park would cause the destruction of corals, right away, I will say no way,” she said.

“I will never allow our biodiversity to be killed for money that some people want to make,” Lopez added.

Nickelodeon, the company behind SpongeBob SquarePants and Dora the Explorer, said the park would be part of a 400-hectare underwater development that would give fans a chance to “interact with the brand and the iconic characters they love.”

Environmental groups, however, have opposed the construction of the park, saying it would destroy corals and marine life in Palawan.